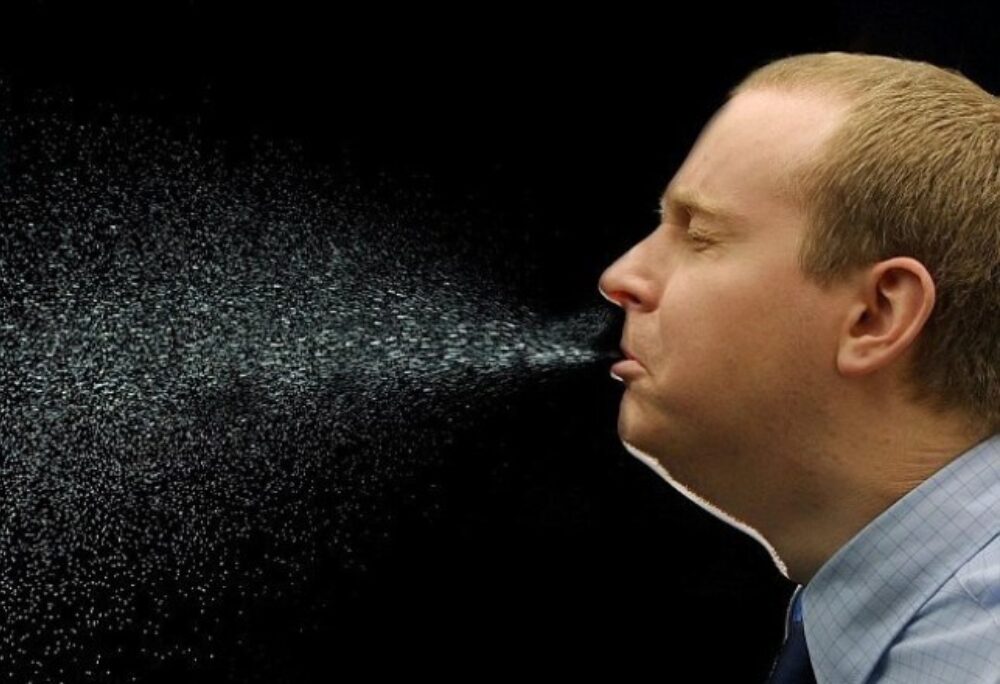 It’s always interesting to see terminology that you use in your (somewhat esoteric) day job start popping up in your social media feed. The discussion generated by the recent letter sent to the WHO on the role that droplets and aerosols contribute to COVID-19 infection involves many of the phenomena that I work with designing cleanrooms – the special facilities that are currently busy making the drugs to help us fight this disease.

How these particles behave is suddenly of widespread interest given the impact on controlling the spread of the virus through social distancing - which is based on the distribution of droplets alone. In short, sneezing and coughing produce a large number of large to very large droplets, breathing produces lots of aerosols. Talking makes varying amounts of both.

Not focusing on the full range of particles produced by breathing and talking may turn out to be a failing in our attempts to control the spread of COVID-19.

Because a lot of what follows talks about very small things, I am using the term ‘micron’, meaning a millionth of a meter. A human hair is about 50 microns thick, and about the limit of what we can see with the naked eye. While SARS-CoV-2 is relatively large for a virus (~0.1 micron in diameter), consider on a volume-to-volume basis that one virus particle in a drop of water just 2 micron in diameter is equivalent to one human swimming in an Olympic sized pool.

Put simply, droplets are generally particles larger than 5 micron that when generated tend to settle onto surfaces and can only be removed by cleaning. Aerosols tend to be less than 5 microns and tend to be easily entrained in the airflow and are removed by well-designed air conditioning systems. To date, the main focus has been that droplets are the main source of infection.

Usually in cleanrooms we think of particles as solid objects. Liquid droplets and aerosols are a bit different because they change size over time due to evaporation. Therefore, a droplet falling to the floor can become an aerosol before it gets there, becoming a droplet nuclei (we will call them this to differentiate them from regular aerosols). However, if still liquid, once it lands it is unlikely to be re-entrained by local air movement like a solid particle might.

Having spent a morning wading through the last 80 years of research, it strikes me as odd that the central tenet of COVID-19 contamination control, social distancing, is based on the distribution of droplets alone. It would seem that aerosols should play perhaps not an equal, but at least supporting role. Droplet nuclei might be another thing altogether.

Studies have been performed on the particle size distribution of sneezes, coughs talking and regular breathing. As sneezing and coughing produce large to very large droplets (100s of micron in diameter, therefore visible), breathing produces lots of aerosols (mostly less than 1 micron in diameter and invisible). Depending how loud you are, talking can produce lots of droplets or a mixture of aerosols and droplets). Interestingly the number of particles generated by a person when they breathe and talk vary widely, from less than one per litre to thousands. One study noted that counting loudly to one hundred could generate more droplets than a 30 second coughing fit – although they didn’t comment on droplet size.

This reflects a lot of the work that has been done looking at particle shedding in many people that work in clean environments. When you look at their total particles shed (mostly skin particles), the amounts vary from hundreds of thousands per minute to tens of millions. The latter we call “prolific shedders”.

Size is also a consideration when you consider the potential viral load. On average, the total volume of liquid aerosol expelled in one minute’s breathing would barely make up a single 10 micron droplet. This is a fraction of a percent of the volume of a single particle expelled by a cough or a sneeze. However, these will all remain in the air and have the potential to be inhaled.

Of interest would be the number of droplets expelled by a sneeze or a cough that evaporate sufficiently to become an aerosol. It would be assumed that these particles would contain a significantly higher concentration of viable virus particles. Would a virus particle still be viable in a droplet nuclei? If the evidence that it can remain viable in the air for a significant amount of time is correct, then perhaps it can be. Even sneezed droplets can evaporate to nuclei, in standard room humidity, within less than 30 seconds. While they may be close to the ground at this stage, air movement can re-entrain them into a breathable height.

Again, work has been done on this in the cleanroom space, for a very specific reason. We know that bacteria do not float freely around in the air on their own, they are almost always attached to a particle (like a virus particle in a droplet), which is generally larger than 10 micron. We shed these microbe carrying particles at a rate of between 100 and 10,000 a minute. Studies performed in well ventilated spaces such as cleanrooms and operating theatres suggest that ~1 or 2% will be re-dispersed into the air. No work, that I know of, has been performed in regular, public spaces.

Some early work has been done that suggests lower environmental humidity leads to higher infection rates, which based on the material above, makes sense – the quicker droplets evaporate the greater the chance they become nuclei and not settle on a surface. The more likely they are at, or will remain at, a breathable height.

Finally, could we assume that an inhaled droplet (or one transferred by touch) would probably reside, at least temporarily in the upper respiratory tract, whereas an inhaled aerosol or nuclei would most likely go directly into the lungs – where the virus really wants to be?

So, based on all of the above, what are the risks?

If you are in a space with little to no fresh air coming in, it won’t take too long before you are breathing in expelled aerosols from a near neighbour and these amounts will increase as time goes on. More people, the shorter the time. However, the number of virus particles you are taking in is a tiny, tiny fraction of a droplet from a nearby sneeze, cough or talkative companion. If you are outside or in a well-ventilated room, then the chance of inhaling an aerosol (or droplet nuclei) is reduced, but the risk of a droplet by someone too close to you is still a possibility.

Most masks, particularly N95 respirators, are designed and tested to protect us from all three types of particles. Frustratingly, the evidence that they lead to an overall reduction in infection rates, based on comparison of countries with different mask-wearing cultures, is inconclusive. However, a lot of this has to do with behaviour and not failings of the masks. There is little hard evidence that wearing a mask could increase your chances of infection, and we have the testing data to support that an N95 mask will reduce the spread of particles if you are infected.

Perhaps we can summarise with the following scenario – you are in a room with people, with poor fresh air ventilation and you are all socially distancing:

It does seem strange to me that I still have to put question marks on my summary. Sure, it’s complicated, but we have the technology to split an atom, put a human on the moon and instantly notify the world that a president has put a mask on. However, we still cannot work out how this virus that has stopped the planet gets inside to make us sick.

If you want to read more, I recommend this paper – “Characterizations of particle size distribution of the droplets exhaled by sneeze.” (Z. Y. Han, W. G. Weng and Q. Y. Huang). Besides the work they present, it provides a great summary of the work that has gone on before.

Finally, reviewing close ups of sneezes in ultra-slow motion is not recommended during lunch.

Please note that I am not a doctor, virologist or medical researcher, nor do I hold any qualification in these fields. I have, however 25 years of experience in the control of particles in cleanrooms and high containment facilities. The purpose of this paper is to compare the current work done on the airborne transmission of virus particles with well-established particle behaviour and to encourage the reader to look further to draw their own conclusions.